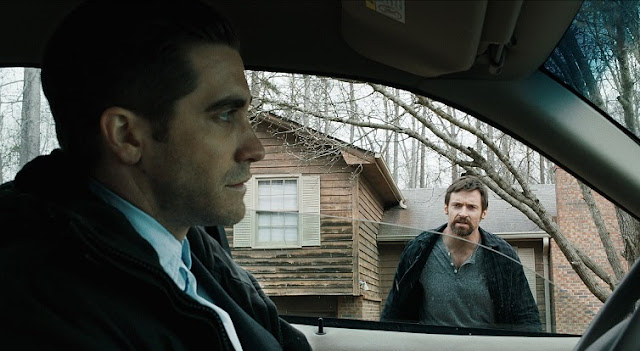 The summer season is over and along with the changing of the leaves comes films where the third act isn't resolved by characters punching each other or a city being demolished. Studios shift from superhero origins to character studies, or message pieces that hit the sweet spot between pure entertainment and awards-bait.

This winter's offerings may not blow out your speakers or induce epilepsy, but they are thrilling in their own right.

All of these films feature A-list casts, acclaimed directors and choice scripts ranging from astronauts lost in space, a lawyer in over his head in the drug game, a corrupt Wall Street broker, a FBI sting of a New Jersey mayor, a runaway slave, and a man who chose to combat the pharmaceutical system.

When Keller Dover's (Hugh Jackman) daughter and her friend go missing, he takes matters into his own hands as the police pursue multiple leads and the pressure mounts. But just how far will a desperate father go to protect his family? Denis Villeneuve's follow-up to Incendies, Prisoners, is drawing comparisons to Zodiac and Seven for its harrowing take on obsession.

Chris Hemsworth trades in a cape and hammer for racing in Ron Howard's true story of the 1970s rivalry between Formula One rivals James Hunt and Niki Lauda (Daniel Bruhl). The story follows the distinct personalities styles of Hunt (Hemsworth), and his methodical, brilliant opponent, Lauda (Bruhl) on and off the track, their loves and the astonishing 1976 season in which both drivers were willing to risk everything to become world champion in a sport with no margin for error.

Dr. Ryan Stone (Sandra Bullock), a brilliant engineer on her first shuttle mission, with veteran astronaut Matt Kowalski (George Clooney).  But on a seemingly routine spacewalk, disaster strikes.  The shuttle is destroyed, leaving Stone and Kowalski completely alone—tethered to nothing but each other and spiraling out into the blackness. The deafening silence tells them they have lost any link to Earth…and any chance for rescue.  As fear turns to panic, every gulp of air eats away at what little oxygen is left.

12 Years a Slave is based on an incredible true story of one man's fight for survival and freedom.  In the pre-Civil War United States, Solomon Northup (Chiwetel Ejiofor), a free black man from upstate New York, is abducted and sold into slavery.  Facing cruelty (personified by a malevolent slave owner, portrayed by Michael Fassbender) as well as unexpected kindnesses, Solomon struggles not only to stay alive, but to retain his dignity.  In the twelfth year of his unforgettable odyssey, Solomon’s chance meeting with a Canadian abolitionist (Brad Pitt) forever alters his life.

Academy Award-nominated writer/director J.C. Chandor (Margin Call) takes the helm for this tense adventure drama about a man (Robert Redford) who must fight for survival after being lost at sea. 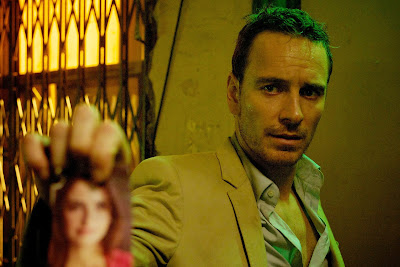 In the fact-based drama, Spirit Award winner Matthew McConaughey portrays real-life Texas electrician Ron Woodroof, an ordinary man who found himself in a life-or-death battle with the medical establishment and pharmaceutical companies. In 1986, Ron was blindsided by being diagnosed as HIV-positive and given 30 days to live. With the U.S. still internally divided over how to combat the virus and restricting medications, Ron grabbed hold of non-toxic alternative treatments from all over the world by means both legal and illegal. Seeking to avoid government sanctions against selling non-approved medicines and supplements, he established a “buyers club,” which fellow HIV-positive people could join for access to his supplies.

Distinguished filmmaker, Martin Scorsese, directs the true story of New York stockbroker, Jordan Belfort (Leonardo DiCaprio).  Having started a morally conventional career in the late 80s, Belfort quickly rose from penny stocks and righteousness to IPOs and a life of corruption.  Excess success and affluence in his early twenties, as founder of the brokerage firm, Stratton Oakmont, warranted Belfort the title - The Wolf of Wall Street.

Follow a week in the life of a young folk (Oscar Isaac) singer as he navigates the Greenwich Village folk scene of 1961. Guitar in tow, huddled against the unforgiving New York winter, he is struggling to make it as a musician against seemingly insurmountable obstacles -- some of them of his own making.

David O. Russell reunites cast members from Silver Linings Playbook and The Fighter to portray the Abscam FBI sting of the 1970s, which covered everyone from mobsters to politicians. Christian Bale stars as Irving Rosenfeld, a New York con man forced to aid in the operation by an “unhinged” FBI agent (Bradley Cooper) to bring down the mayor of Camden, NJ (Jeremy Renner). Amy Adams and Jennifer Lawrence plays Irving’s mistress/accomplice and Irving's wife, respectively.

Labor Day centers on 13-year-old Henry Wheeler, who struggles to be the man of his house and care for his reclusive mother Adele (Kate Winslet) while confronting all the pangs of adolescence.  On a back-to-school shopping trip, Henry and his mother encounter Frank Chambers (Josh Brolin), a man both intimidating and clearly in need of help, who convinces them to take him into their home and later is revealed to be an escaped convict.  The events of this long Labor Day weekend will shape them for the rest of their lives.