Armond White or: How I Learned to Stop Caring and Ignore the Troll

By Colin Biggs December 09, 2010
Whether it is his glowing review of Norbit, his thrashing of Toy Story 3, or just his general pompousness, you are aware of Armond White.

His dismissal of Toy Story 3 came at a convenient time when the film was sitting pretty with a perfect score on Rotten Tomatoes. "But Toy Story 3 is so besotted with brand names and product-placement that it stops being about the innocent pleasures of imagination—the usefulness of toys—and strictly celebrates consumerism." A claim that could have been taken at face value had he not followed it with this sentiment "Transformers 2 already explored the same plot to greater thrill and opulence." I am sure if one were inclined to interview Michael Bay at his most enlightened he would have never crafted an answer that insightful regarding hidden parables in his Transformers vehicle. 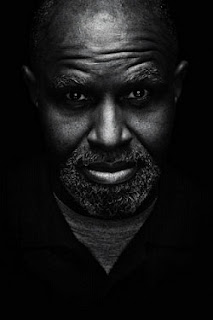 White was at his most incensed when forced to sit down and type out his thoughts regarding Precious, but praised Norbit for its reflection of society, "Murphy’s gender/ethnic split embraces a sense of freakishness because Norbit, Rasputia and Mr. Wong are all, also, on a realistic continuum. We laugh at their types since we, in fact, recognize their types." The same loud, shrewish stereotype that Murray plays with glee is described with measured admiration. Said stereotypes used in Precious are a  "carnival of black degradation". His point could be made legitimate, but defending one tired set of characterizations in one film does not allow you to lead a crusade against a film guilty of the same flaw.

Hit-jobs against Maria Full of Grace, City of God, and 4 Months, 3 Weeks, and 2 Days  condemn these films for their "preachy, wrong-headed messages", but invites viewers to find meaning in the "misunderstood" I Now Pronounce You, Chuck and Larry.

The man is not a consumer of the cinematic equivalent of trite slush. His top ten of all-time list includes Lawrence of Arabia, Nashville and The Magnificent Ambersons. He is a vehement detester of online criticism, having been quoted as saying bloggers reek of "amateurism, gossip [and] cliques". Certainly an interesting sentiment from a man who writes reviews knowing in the back of his mind that his contrarian reactions will certainly elicit a response from the online community that he apparently despises, but needs their traffic to prop himself among the elites of film criticism.

He is certainly knowledgeable about his trade, he litters his posts with references to classics from yesteryear while honoring movies such as: Bedtime Stories, Little Man, and Running Scared. Maybe the man operates on an intellectual plane all his own - seemingly pulling depths from films ignored - or more likely he has crafted his niche in being the wild-card of the community wrecking havoc and name dropping whenever possible.

The truth is any man who does not care about art enough to simply write about film in an honest and upfront manner does not do any justice to the medium. In pretending to write in the tradition of Pauline Kael he offers nothing more substantive than the huckster in The Outlaw Josey Wales selling his elixir to anyone willing to listen. Screaming into the abyss Mr. White needs less our scorn and more our sympathy. He's an intellectual prancing around as a troll seeking approval from those he spends his time railing against. He's also an enemy to the profession he claims to hold the best interests of.

Tom Clift said…
Fantastic piece!!! Even those of us who can't stand White's points of view have to admit what a skilled writer he is. THIS therefore is the kind of online article that needs to be writen about him: really well crafted, professional and with irrefutable evidence to back up your claims. Outstanding
December 9, 2010 at 2:08 AM

Encore Entertainment said…
I generally have little thought on White because I don't really follow internet film journalism as much as I probably should. The thing is, even if his thoughts seem ridiculous or downright freaky I don't think it's fair to hold him up as critic and question his worthy because he likes X film more than Y. Obviously, he had a tendency to be particularly harsh and attacking of those with opposing views but I said before, if he had a written a glowing review of TOY STORY III and attacked those who didn't love people would not have been insenced. I completely get where he's coming from when he tries to point out the film's fault, but he loses me with the TRANSFORMERS' parallel. But more power to him for espousing his opinion, though if he's just doing it for the hell of it that WOULD be disturbing.

CastorTroy said…
Armond White definitely makes some valid points in most of his reviews.. The issue is that he loses all of his credibility trying so hard to go against the stream time and time again. He would be an incredibly insightful critic if he wasn't blatantly overt in panning perfectly good movies.
December 9, 2010 at 11:05 AM

TheFrogBlogg said…
While I appreciate the fact that he marches to the beat of his own drum, the same thing could have been said about Hitler.

Armond White is one of the most preposterous human beings I've ever come across and I'm legitimately disheartened that he has reached any level of success because he is so obviously bat shit crazy it borders on nonsensical.

I'm not sure which is worse, when a movie that's popular (Avatar, Inception, Toy Story 3, The King's Speech, etc) is predictably skewered with forced pseudo-intellectual diction and ridiculously obscure cinematic references, or when he vehemently defends a movie that is obviously terrible (Resident Evil, Transformers, Norbit, etc) justifying it with the exact criticism he had for another film.
December 9, 2010 at 11:50 AM

CMrok93 said…
He is such a clown with the certain things he says, but I will say that he tries his hardest to support his points, as crazy as they may seem.
December 9, 2010 at 2:18 PM

rtm said…
Pardon my ignorance as I'm not too familiar with his work but I did remember him for being the lone ranger critic who disliked Toy Story 3. I think it's one thing if he genuinely expressing his opinions which happens to go against the grain, but even so, he doesn't need to be spewing hate in his reviews. Perhaps he likes the attention he's getting so he does it on purpose.
December 9, 2010 at 2:26 PM

Simon and Jo said…
I think he's great. I think his views are ludicrous - but we need people like him to constantly challenge us. If we don't know the references we find ourself at a disadvatage when considering his opinion... there will always be an ARMOND WHITE and we must simply consider his opinions ... and then throw it out with the trash. Lets be honest, his 'consumer-ist' take on Toy Story is legitimate, doesn't change how much i enjoy the film and nostalgic element to the products, but its an interesting, controverisal, stance.

Fitz said…
If anything Toy Story 3 is critiquing consumerism. Lotso's background story is condemning the attitude that buying things can fill holes in your life.

joem18b said…
When I wrote a review of Precious and went looking for quotes from critics that differed widely from each other, to prove some point or other that I was making, White's rants on the movie were a gold mine.
December 14, 2010 at 11:06 PM

Dan said…
I haven't read any of his reviews but I think I'll be checking them out after reading this. It definitely appears like he wants to go against popular opinion in a way that feeds his own ego. If he didn't write the controversial things he seems to write he'd be another needle in a stack of needles. From what I've read here I'd take him with a pinch of salt. His attack on bloggers comes across as another 'look at me' statement that gets his name discussed, tweeted, and rising up the google search rankings.

Aiden R. said…
What a great pice, man. When I first discovered White, I jumped at the opportunity to yell from the mountain tops about what a fuckhead he is. Then I eventually realized that he's the worst kind of person on the planet: the obligatory contrarian. Not even worth getting upset over anymore, like yelling in a bucket. All the same, good for you for learning to stop caring. The more we feed into him, the more he thrives.
January 7, 2011 at 10:56 AM