Review: Everyone Wins Except Audience (The Greatest Movie Ever Sold) 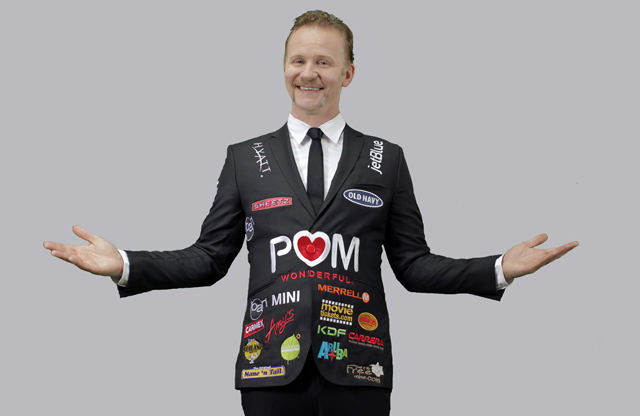 Spurlock is a notorious filmmaker – who is equal measures prolific and eccentric. His 2004 controversial documentary, Super Size Me did direct damage on the McDonalds organization. The same affect is not likely to happen here.

The Greatest Movie Ever Sold is at its best when Spurlock is interviewing other filmmakers – such as Quentin Tarantino – who admits he’s written numerous scripts in which he wanted his characters eating and talking in a Denny’s (think Pulp Fiction and Reservoir Dogs). But Denny’s shot him down because it was too violent of an atmosphere to represent their restaurant (as if Denny’s is the Tavern on the Green?).

Spurlock gathers other directors for his counter argument – Brett Ratner (Rush Hour) who admits accepting the business is the only to make money and Peter Berg who, like Ratner has just accepted the business for what it is.

How could that be? I’m not one to easily be repulsed by product placement or branding – because I’m aware that without such commercials – movies would be far and few. But a line must be drawn. The fact that these directors care that much about the money and quantity, over quality is saddening. After watching The Greatest Movie Ever Sold my respect for Kevin Smith, who has decided to turn his back on the studios – produce, direct, and market his new film Red State, went up immensely.

Spurlock illustrates the atmosphere we live in with his charming personality. He talks to agents, producers, product reps, musicians, and placement specialists – plenty of those scenes pop – and many of the people on the other line are perplexed by his inquisitions and intent of making a documentary exploiting advertisement and branding, while being produced by advertisement and branding.

Honestly, I too was confused from time to time. When the film concluded I tried to gather my thoughts and figure out what it amounted to. Spurlock is told he should “take the money and go” – and in many ways he does. But that’s ok, because in the process he’s created a film that’s original and entertaining. 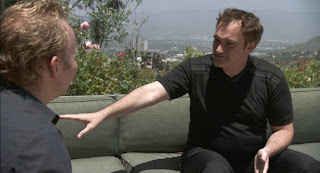 By now a majority of people know and understand how films are being made – organizations and companies produce blockbusters and romantic-comedies like clockwork. They create these films by culminating what’s trending in modern-day-society, showcasing their product at every opportunity in the movie, and ultimately try to sell the viewer their product. The crazy thing is, in most cases, it’s done in a very sly and underlying sort of way.

Spurlock’s ingenious documentary is neither groundbreaking nor revelatory – but it is fun. I had a good time watching Spurlock straggle along from product companies to movie studios – and getting rejected, sometimes accepted, but always being charismatic. If you buy into the film’s ploy and let it ride – I can’t imagine you won’t have a good time.

By the way, did I mention the official title of the film is POM Wonderful Presents: The Greatest Movie Ever Sold”? How about Merrell’s and how they are comfortable, arch supporting, inexpensive shoes? Also did you know POM Wonderful can provide some of the benefits of Viagra? Oh, I almost forgot to mention that Hyatt Hotels blow out the Four Seasons and Mini Coopers are the cars of the future, especially with a full tank of gas from OK Go, while wearing Old Navy.

Too much advertising? Take a hint Hollywood.