Review: Guardians of the Galaxy 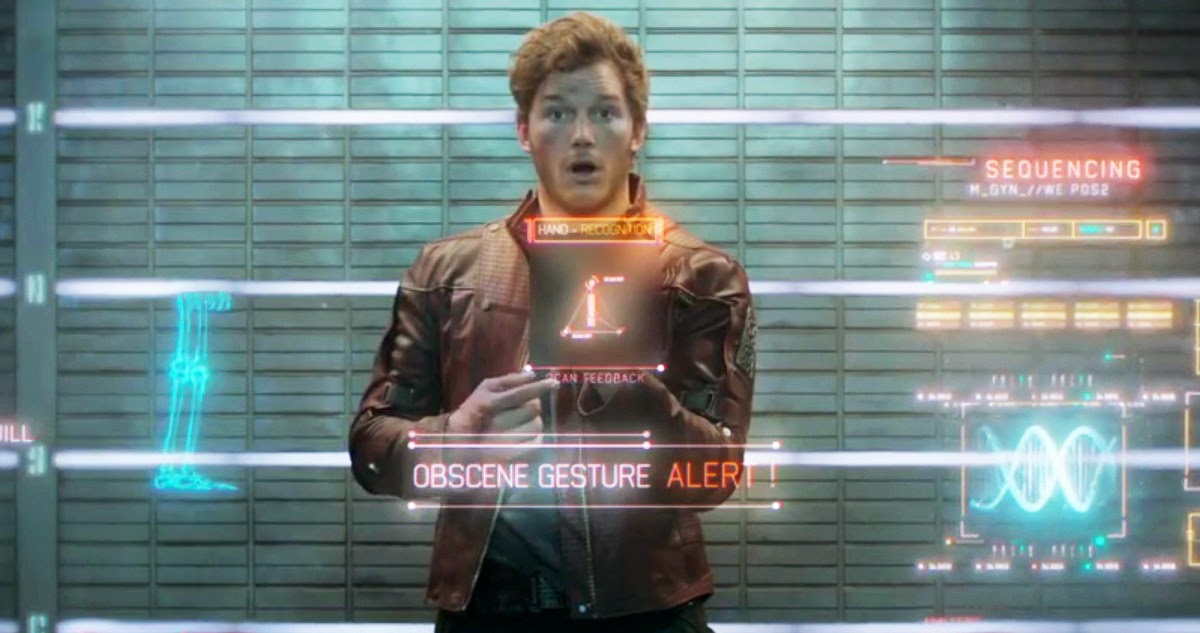 In 2008, when Marvel started building a universe with Nick Fury popping up in the credits to tell Tony Stark about the Avengers initiative, I don't think anyone anticipated this. Perhaps the most obscure source material in Marvel's inventory, Guardians of the Galaxy could prove to be the first real test of the popularity of the comic book scene. Guardians doesn't immediately strike audiences as typical of the genre; there's no clear-cut lead and the two biggest names of the cast, Vin Diesel and Bradley Cooper, are playing a sentient tree and a talking raccoon with a penchant for violence.

Everything about Guardians picqued curiosity from the very beginning by placing indie-minded James Gunn in the director's chair. His unique sense of humor coupled with the casting of Chris Pratt, best known as Andy Dwyer on Parks and Rec, as the central lead could either lead to a hugely successful film or be an eccentric failure for the Marvel Cinematic Universe. Luckily, the former is true. Despite the odds against the picture, Guardians of the Galaxy manages to be the kind of exciting thrill that Star Wars was before the prequels.

Pratt stars as Peter Quill—though he'd really like you to call him Star Lord—is a rapscallion, running around planets selling stolen trinkets from all corners of the universe. His latest score puts him on the radar of the fanatical Ronan the Accuser (Lee Pace) and his second-in-command, Gamora (Zoe Saldana). In the wrong hands, the orb in Quill's possession could end all life on whatever planet it's on. Accordingly, there is a healthy price on Quill's head, which draws in bounty hunting duo Groot (Diesel) and Rocket Raccoon (Cooper). Quill, Gamora, Rocket and Groot tangle on Xandar and quickly find themselves in jail courtesy of the Nova Corps.

Unlike other Marvel flicks, the main characters in Guardians of the Galaxy are more than a little amoral. Quill is a thief, born a human, but raised by Ravagers. Gamora is the adopted daughter of Thanos (Josh Brolin). Drax the Destroyer (Dave Bautista, who, it turns out, has a gift for deadpan) lost his family and is willing to kill anyone who can lead him one step closer to Ronan. And Rocket and Groot are, well, Rocket and Groot. Groot is only capable of saying "I am Groot," but that doesn't stop him from stealing the show on multiple occasions.

Much like The Usual Suspects, once all of these lovable losers assemble in prison, they realize their differences are outweighed by the lure of money and revenge against Ronan. From this point on in the film, a plot is substituted for a series of set pieces starting with a riot of a prison break-out, but, no fear, Gunn never loses sight of the characters. That's not to say that Guardians suffers from a major structural flaw, just picture the second and third acts of Raiders of the Lost Ark with the Infinity Stone serving as the Ark to Quill's Indy act.

Unfortunately, as with all of the Marvel releases, some of the universe-building costs precious time establishing future villains (like Thanos) that could be spent fulfilling the emotional arcs of Gamora or Quill. It's a common complaint, but one that won't be heeded as the M.C.U. is too tied up into establishing a corporate brand. Much to the satisfaction of moviegoers, James Gunn avoids those potholes and keeps the focus centered on character. Groot and Rocket could have very easily been turned into one-line jokes, but Diesel and Cooper animate their characters with a sense of heart and drama that quickly make them fan favorites.

With Gunn at the helm, he manages to keep references to other titles to a minimum while infusing the film with his own enthusiasm and a great deal of laughs. This effort may have started out as a potential risk to the Marvel lineup, but what audiences end up with is a space adventure that is as much fun as Star Wars used to be. Rocket and Groot may just fill that Han and Chewie gap that pop culture has left empty for ages, but the real breakout star of this is none other than the scruffy human with some sweet dance moves and an awesome mix-tape. I have a feeling this is the movie that makes Chris Pratt a household name and that can’t be a bad thing.