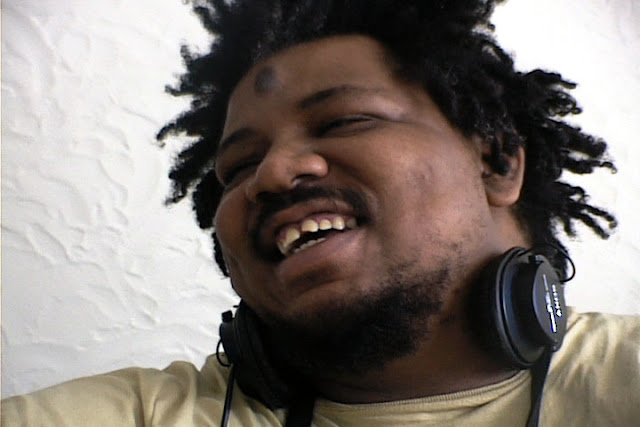 Anyone with a passing familiarity with Wesley Willis' music has heard stories about the man who made the music. Tales of the 400 pound behemoth who has a permanent welt of his head from headbutting the people he likes are contrasted against his mental illness and the tough life he lived.

Willis' music would be described as outsider art. Music was his passion, and he wasn't in any way classically trained. Many of his songs are little more than a few repetitive lyrics set to a digital keyboard playing in demo mode. The simplicity of the music and the humourous lyrics make for very accessible music, which led to its popularity. However, it's easy to feel that you're being exploitative when enjoying one of these songs. After watching the film, I no longer feel like this is correct.

Wesley Willis: The Daddy of Rock 'n' Roll tells Wesley's story. He lived a hard life that was punctuated by some of the worst that humanity can deliver. He also fought a battle with schizophrenia that started (as is often the case) early in his adult life that he wrestled with until his death (shortly after this documentary was released).

So many people with severe mental illness end up living on the streets. Cultural stigmas against mental illness culminate in a situation where physical health is considered to be an asset to the community, but mental health is a personal liability. It's a false dichotomy; the mind and the body are one. Health is health, and illness is illness. We shouldn't have a society where certain illnesses go untreated because of prejudice. We should strive for a society where people with mental illness aren't ostracized. Luckily for Wesley, he had an artistic gift that enabled him to succeed in spite of these hurdles.

The film is not the best documentary ever produced, but it succeeds because of the source material. Upon seeing the film, it's apparent that Willis' rock career was a triumph of his character (with a lot of help from friends) over unbelievable odds. We also learn that his confrontational, profanity-laced songs (e.g. Suck a Camel's Ass) are his way of confronting "his demon." It's inspirational.

The Daddy of Rock 'n' Roll shows that a severe mental illness can be overcome to reach success, with perseverance and the right environment. It also shows the remarkable story of a lovable giant winning the fight.

Rock over London. Rock on Chicago.